Renaissance of Baltic cooperation, since 2008

The end of 2008 and the beginning of 2009 brought new directions and guidelines in the Baltic cooperation – the EU Strategy for the Baltic Sea Region, the NB8 Wise Men Report on Baltic and Nordic cooperation and the Stoltenberg Report. They left a significant impact on the agenda and format of cooperation. The main concepts characterising this period are energy, innovation, defence and security, competitiveness, human safety, climate change, labour migration, demography, science and research.

Estonia joined the Euro zone in 2011, Latvia, in 2014, and Lithuania, in 2015. In the first half of 2015 Lithuania assumed the Presidency of the EU Council, Latvia - during the first half of 2015 and Estonia – during first half of 2018. The conflict between Russia and Georgia in 2008, the annexation of Crimea by Russia and aggression in Eastern Ukraine in 2014 re-activated Baltic States’ cooperation in the field of security and defence. The agenda, direction and format of cooperation between the Baltic States is increasingly strongly influenced by EU Multi-annual Budget discussions, EU Eastern Partnership projects, reform of the Common Agricultural Policy, use of EU funds for regional projects in the transport, infrastructure, and energy fields, internal and external security challenges, limited national resources for sustainable growth, migration and the refugee crisis.

The global financial and economic crisis had a significant impact on the agenda and format of Baltic cooperation; it revealed the interdependence of states and regions. The Baltic States clearly understood that political, economic and social events taking place in one country influence other countries within the region. The global financial crisis gave a new impetus to Baltic cooperation. The Baltic States were aware that efforts and resources should be pooled to shape uniform social, economic and financial policies, to create a common health-care and education system, and to define a joint security agenda. The Baltic States were aware that the form and structure of cooperation are not priorities – more important are the political awareness of Baltic cooperation and the development of practical partnerships.

Focus of the Baltic Assembly

During the period of renaissance, the mid- and long-term strategic goals were clearly set for Baltic cooperation. Each Baltic State has limited resources for ensuring sustainable development; therefore, the Baltic Assembly focussed on discussions regarding the following: first, shaping a uniform monetary and fiscal policy; second, shaping uniform business-support policies; third, devising joint approaches in developing new technologies, innovation, education and human resources; fourth, developing a common energy market and joint projects on the use of renewable energy sources.

In order for the Baltic States to become a competitive and economically strong region, the Baltic Assembly and the Baltic Council of Ministers, together with their international partners in Nordic and Benelux region, agreed to coordinate policies and to create partnerships in several significant fields.

The Baltic States continue coordinating joint infrastructure and communication projects and to agree on future development of these projects. The Rail Baltica and the Via Baltica are projects whose implementation should be actively continued because high-quality railway and road connections will increase the competitiveness of the Baltic region. The Baltic States continue to develop electricity interconnections, increase the share of renewables in energy production, and agree on a clear vision on developing large-scale energy projects.

The Baltic Assembly and the Baltic Council of Minsters began to work on joint health-care projects because the pooling of health-care resources would improve the quality of services and optimise costs. Social security refers to numerous issues ranging from the internal and external security dimension of the individual and society to individual and public welfare. The Baltic Assembly initiated parliamentary debates on active involvement of the Baltic States in European and transatlantic discussions on the new security architecture that would allow them to express a common Baltic position and interests.

Development of science, research and education facilitates the economic development and competitiveness of individual countries and regions. The cooperation strategy of the Baltic Assembly and the Nordic Council contains an item that points out the need of Baltic States to create a knowledge economy by intensifying academic exchange and consolidating resources for innovation and research.

Implementation of the Eastern Partnership Initiative

The Baltic Assembly has commenced active cooperation with the Parliamentary Assembly of GUAM Countries (Georgia, Ukraine, Azerbaijan and Moldova).

In addition to these major areas of cooperation, the Baltic Assembly, together with Baltic governments, works on establishing stable and integrated Baltic-Nordic markets, devising uniform measures for fighting against organised crime and trafficking in human beings, and developing joint measures in migration policy.

During some periods of history, the link among the Baltic States has been strong, during others weaker; however, the link has always existed. Effectiveness of international cooperation and regional organisations depends on clearly set goals of cooperation, strong political support, and an appropriate mechanism for cooperation. In this period, it is essential to ensure coordination of activities of the Baltic Assembly and the Baltic Council of Ministers and to involve partners in solving concrete problems.

Problems and challenges that are caused by globalisation can be solved only through increased international and regional cooperation. Cooperation among the Baltic States, Nordic–Baltic cooperation, Baltic–Benelux cooperation, and cooperation among Baltic and GUAM countries help in solving concrete problems in several areas, would increase the competitiveness of states and would increase the welfare of people living in the region. Stronger cooperation among the countries of the region, tighter coordination of activities, development and harmonisation of policies and pooling of resources have a greater meaning if viewed in the context of the trend to establish regional groups within the European Union in a medium- and long-term perspective. The better the regions and regional organisations manage themselves and their resources, the better they will be able to implement their agendas and achieve their goals. 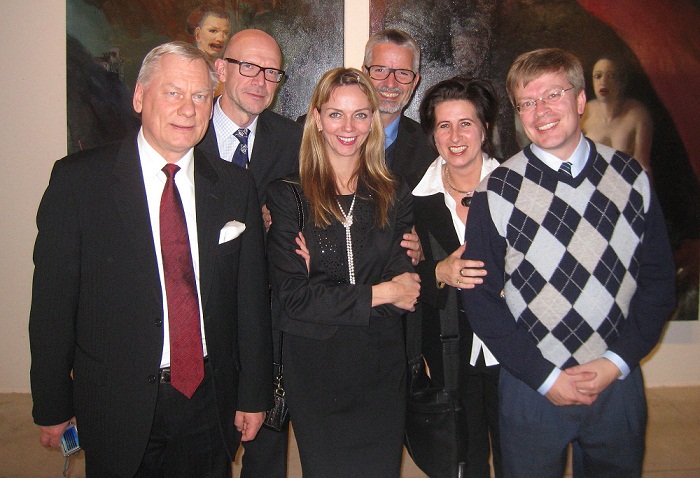 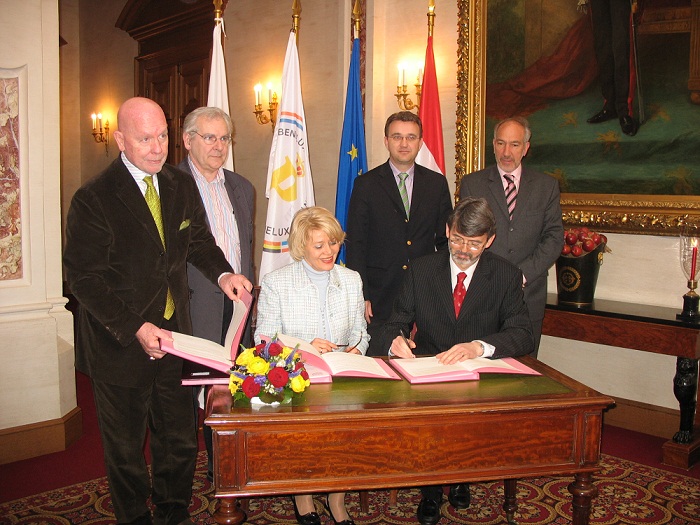 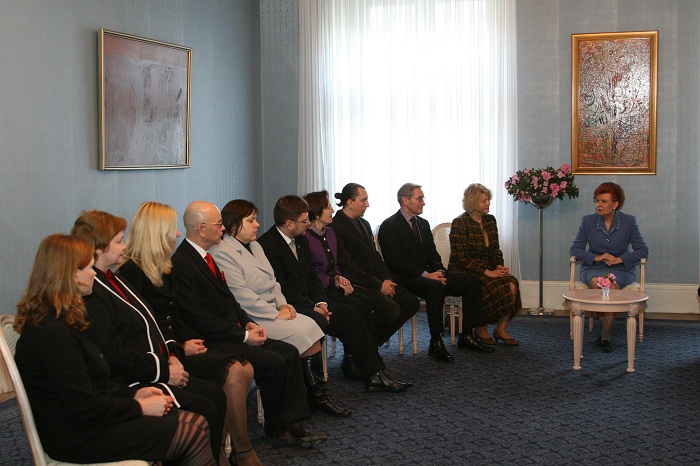 Meeting of the representatives of the Baltic Assembly with the Former President of the Republic of Latvia, V.Vīķe-Freiberga on 9 February 2007 in Riga, Latvia

© Photos from the archive of the Baltic Assembly

Renaissance of Baltic cooperation, since 2008 Joining the Euro zone Focus of the Baltic Assembly Involving partners in solving concrete problems