Prize for Literature, the Arts and Science

The Baltic Assembly Prize for Literature shall be awarded annually to an author for a novel, a play, a collection of poems, short stories or essays, or any similar written composition in Estonian, Latvian or Lithuanian. The work must have been published for the first time within the past five years.

The Baltic Assembly Prize for the Arts shall be awarded annually either to an author or to a performer for a work of art or a series of works presented (performed before an audience) within the past three years in fine arts, applied arts, in music, architecture, theatre or cinema. It also may be awarded to a director, soloist, actor, ballet artist or a group of artists for outstanding artistic achievement accomplished within the past three years.

The Baltic Assembly Prize for Science shall be awarded annually to an author for outstanding research work or series of works in the humanities, social or natural sciences, which is of international importance, has a considerable impact on the Baltic region and has been published within the past five years.

Statuettes of the Baltic Assembly Prize 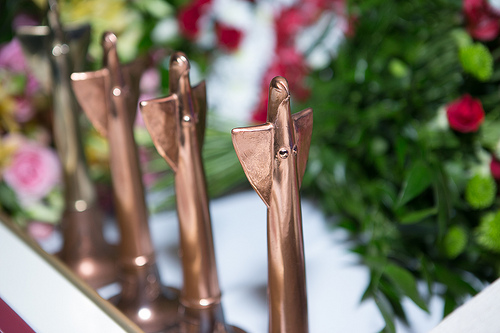 © Photo by the Chancellary of Parliament of the Republic of Latvia (Author: Ernersts Dinka)

National and Joint Juries of the Baltic Assembly Prizes

Nominees for the Baltic Assembly Prizes from Estonia, Latvia and Lithuania shall be assessed by National Juries. The National Jury shall consist of at least nine people. The members of the National Jury shall be outstanding specialists in the fields of literature, the arts and science and shall be nominated by creative unions, academies of science, councils of science, or other institutions and organisations working in the field of literature, the arts and science. Decisions on the nomination of the works for the Joint Jury shall be made with an absolute majority.

Nominating the work and awarding the Prizes

Portfolio and works with all the necessary information (the curriculum vitae of a nominee, reviews, at least two letters of recommendation and other relevant materials) shall be submitted to the relevant National Jury in accordance with the regulations of the competition prior to 1 June. The relevant National Jury shall assess submitted works and nominate the best work from the fields of literature, the arts and science for international competition judged by the Joint Jury. The Joint Jury shall convene for the meeting not later than one month prior to the annual Session of the Baltic Assembly. The same person (group of persons) may not receive the Prize more than once.

The Prize consists of a monetary prize, a certificate and a statuette, which are awarded annually during the Session of the Baltic Assembly. Latest amendments to the Regulations on the Baltic Assembly Prizes for Literature, the Arts and Science were adopted on 29 November 2019 in Riga, Latvia.

Ginta Gerharde-Upeniece, nominated for the direction of the international exhibition project “Wild Souls. Symbolism in the Art of the Baltic States”

Birutė Jonuškaitė, novelist, poet and essayist, nominated for her novel cycle "Maranta" and "Maestro", which belong with the long, branched-out texts that weave numerous storylines and created detailed characters, which possess the versatility and depth of the classic canon, and which raise the language to the appropriate heights also for the hefty book of conversations "Laikas ir likimai" ("Time and Destiny")

Kristīne Briede and Audrius Stonys, directors, nominated for meditative documentary essay "Bridges of Time" (2018), which was co-produced by Lithuanian, Latvian and Estonian studios and portrays the less-remembered generation of cinema poets of the Baltic New Wave

Roberts Eglītis, Member of the Latvian Academy of Science, nominated for work cycle: "Theoretical predictions of new materials for energy storage and harvesting"

Normunds Šnē, conductor, nominated for the performance at the concert in honour of 100-year anniversary of the Baltic states in the prominent Baltic Sea Festival in Stockholm's Berwaldhallenon August 28, 2018, with Sinfonietta Rīga and Tallinn Chamber Orchestra

Jūras Banys, nominated for his outstanding contribution to research and innovations in ferroelectricity and phase transition as well as his devout leadership and professional scientific achievements 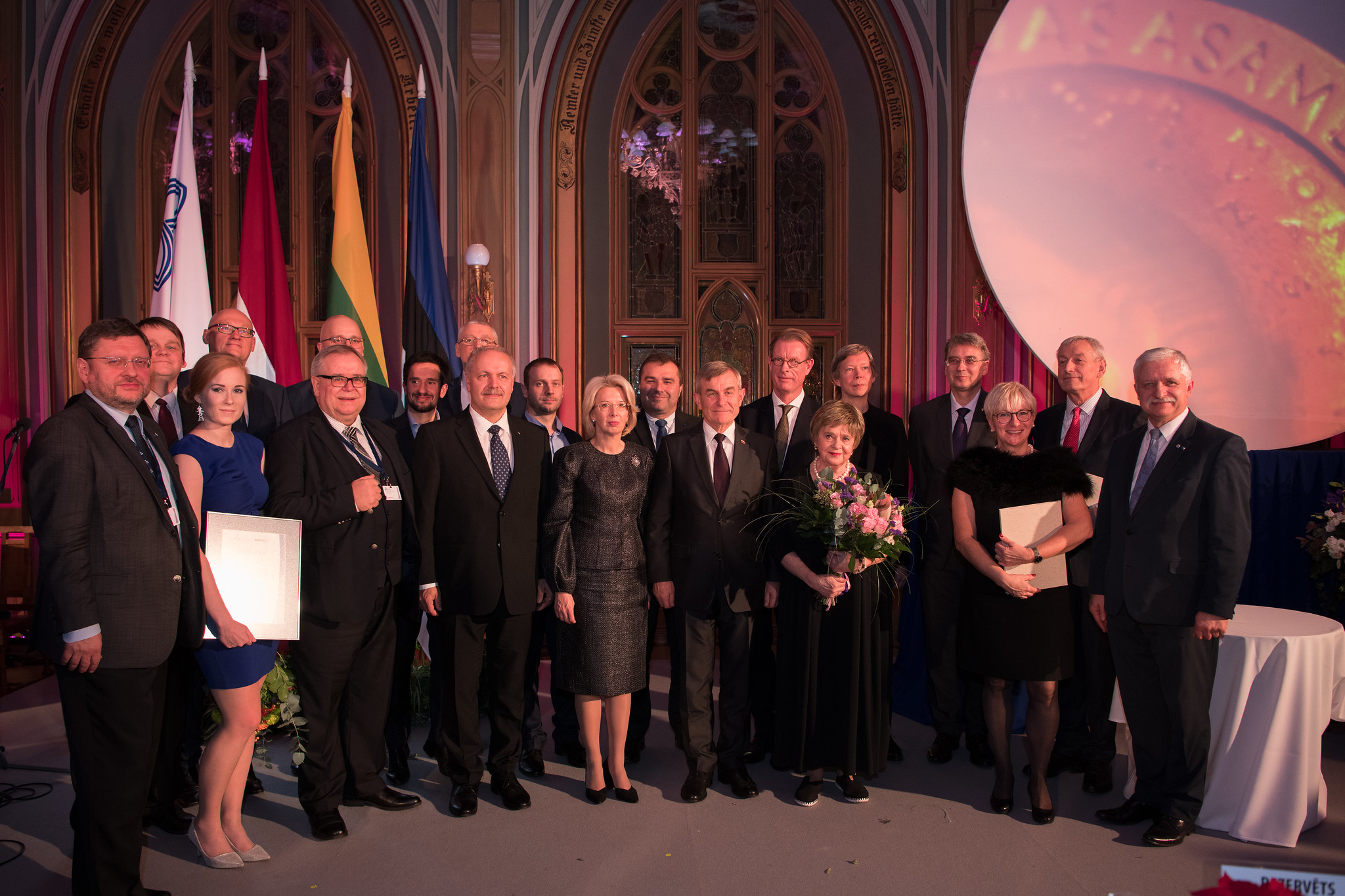 © Photo by the Chancellary of Parliament of the Republic of Latvia (Author: Ieva Ābele)

Jurgita Dronina, Lithuania: for her impressive performances on the greatest stages of the world

Els Heinsalu, Estonia: for her significant contribution in the theory of complex systems and stochastic processes 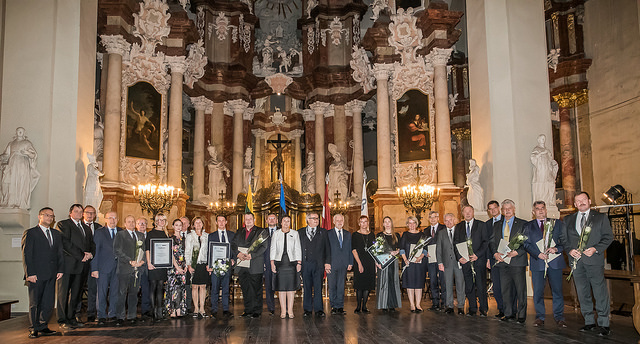