On 19-20 January, members of the Economics, Energy and Innovation Committee and the Security and Defence Committee of the Baltic Assembly met in Tallinn to discuss the economic and security challenges that the Baltic States are currently facing due to the Russian invasion of Ukraine and other important issues. President of the Baltic Assembly Urve Tiidus opened the meeting by highlighting that Estonia has taken over the presidency and reminded that the motto of the Estonian Presidency for 2023 is "Security. Support. Sustainability".

Chair of the Economics, Energy and Innovation Committee Mihhail Korb opened the first session of the meeting by highlighting that the security and economic development of the Baltic States has been greatly affected by Russian aggression. “We have taken serious steps to improve our security and assist Ukraine in every possible way, but there is still a lot we need to do to feel safe in our region.” He also said that, if the war continues, the Baltic States could face more economic and environmental damage, fragmentation of trade and investments, disruptions in supply chains, an increase in cybersecurity risks and other serious problems: “For this reason, while searching for solutions to mitigate the impact of war on our countries, we always need to keep in mind that the victory of Ukraine is vital to stop all these negative developments in Europe and the world.”

During the first session, the parliamentarians, government representatives and experts discussed joint actions of the Baltic States to mitigate the economic impact of Russia’s war in Ukraine. Researcher at the Department of Economics and Finance of the Tallinn University of Technology Natalia Levenko informed that the main challenges that the Baltic States are facing are tightening monetary policy and recessionary pressure, additional government spending, which could put pressure on public finance, as well as the supply-side bottlenecks, such as for gas storages, green transition, labour market tightening and more. Overall, the participants agreed that cooperation in the energy sector needs to be enhanced.

The meeting was also attended by Chair of the Moldavian delegation of the GUAM Parliamentary Assembly Radu Marian, who expressed the wish of the GUAM Parliamentary Assembly to enhance cooperation with the Baltic Assembly. He thanked the Baltic States for their support of Ukraine and also for the way of Moldova towards the EU, as well as called on the Baltic parliamentarians to continue to support and share the experience of the Baltic States regarding European integration. “For Moldova, joining the European Union (EU) is the only chance to build a democratic country and now progress is being made in fulfilling the standards. The support of the Baltic States would be gratefully appreciated in the upcoming negotiations.  Moldova and the rest of GUAM countries are ready to work shoulder to shoulder with the Baltic States,” Radu Marian highlighted.

In the third Session, the cooperation of the Baltic States in providing military and humanitarian assistance to Ukraine was assessed. Chair of the Security and Defence Committee Vilja Toomast emphasized that the Baltics have been the strongest supporters of Ukraine: “We have stood united in our commitment to Ukraine’s sovereignty and territorial integrity in face of continued Russian aggression. It is fundamental to support Ukraine using all kinds of means and formats as Ukraine’s victory is of essence also for the peace and security in the Baltic States”.

Afterwards, representatives of the Baltic governments informed that there is active cooperation and exchange of information regarding the military and humanitarian assistance to Ukraine as the Baltic States support Ukraine internationally and it has been active and regular for many years. Director of the International Co-operation Department at the Ministry of Defence of Estonia Peeter Kuimet informed that per capita figures, the Baltic States are the biggest donators and were one of the first countries to provide lethal aid before the war started in February: “In that sense, the Baltic States have helped break the ice on bringing lethal aid to Ukraine.” Head of the Defence Policy Department at the Ministry of National Defence of Lithuania Andrius Vaivada emphasized that the Baltic countries started providing assistance in 2014, and these ties had been worked up, facilitating the intensity of the cooperation greatly. For the Baltic States, it is important to continue the diplomatic, military and humanitarian assistance. Head of the National Cybersecurity Policy Coordination Section at the Ministry of Defence of Latvia Edgars Kiukucāns also highlighted that Ukraine has to win the war as it is fighting for the whole of Europe - if it will not get the support, it will be much harder.

Lastly, the implementation of the recommendations of the Baltic Assembly on digital cooperation was assessed. Business Architect and eID expert of the Electronic Identity Department at the Information System Authority of Estonia Mark Erlich concluded that now the biggest problem for interoperability in terms of electronic signatures is more organizational rather than technical.

© Photos by the Parliament of Estonia (author: Erik Peinar) 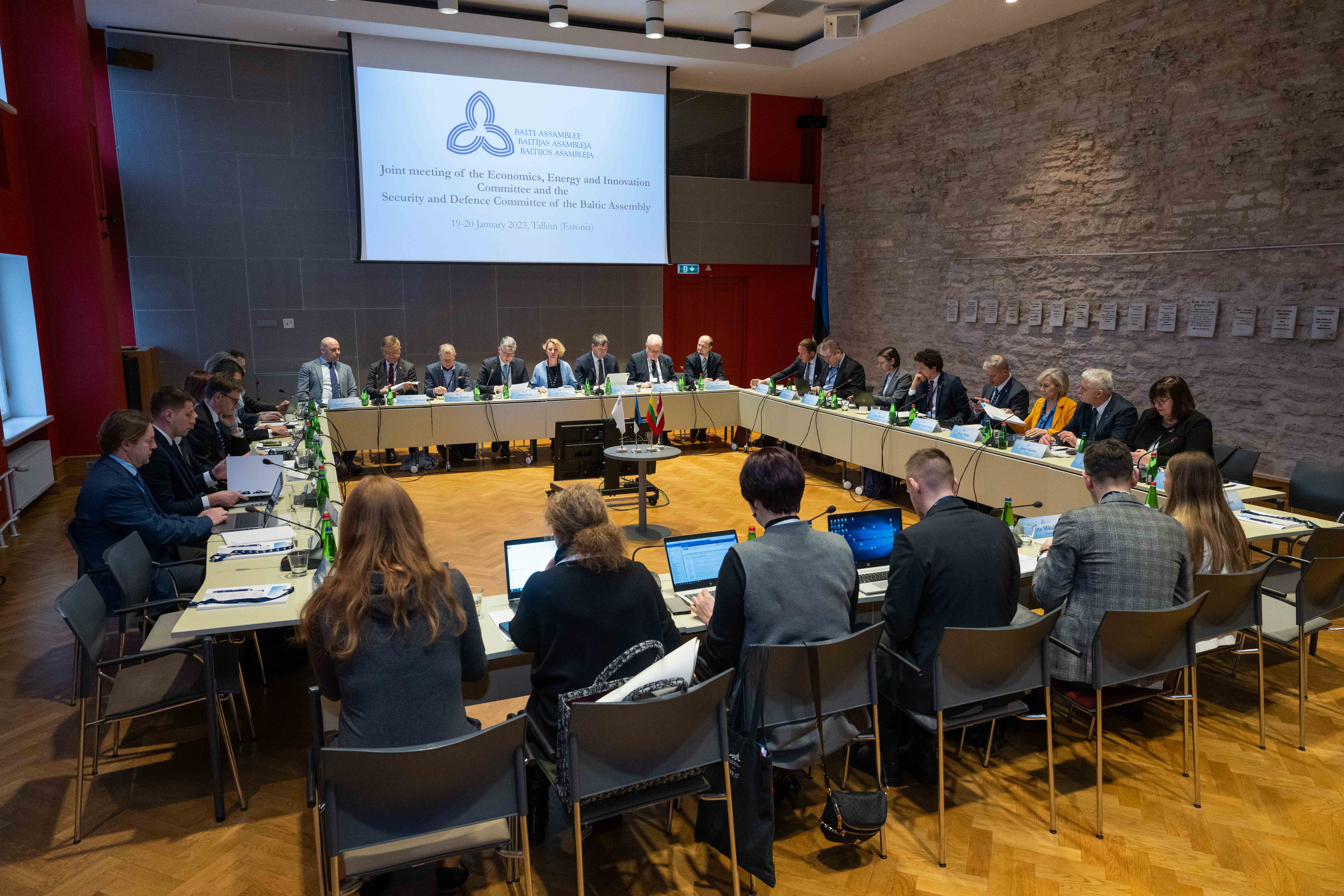 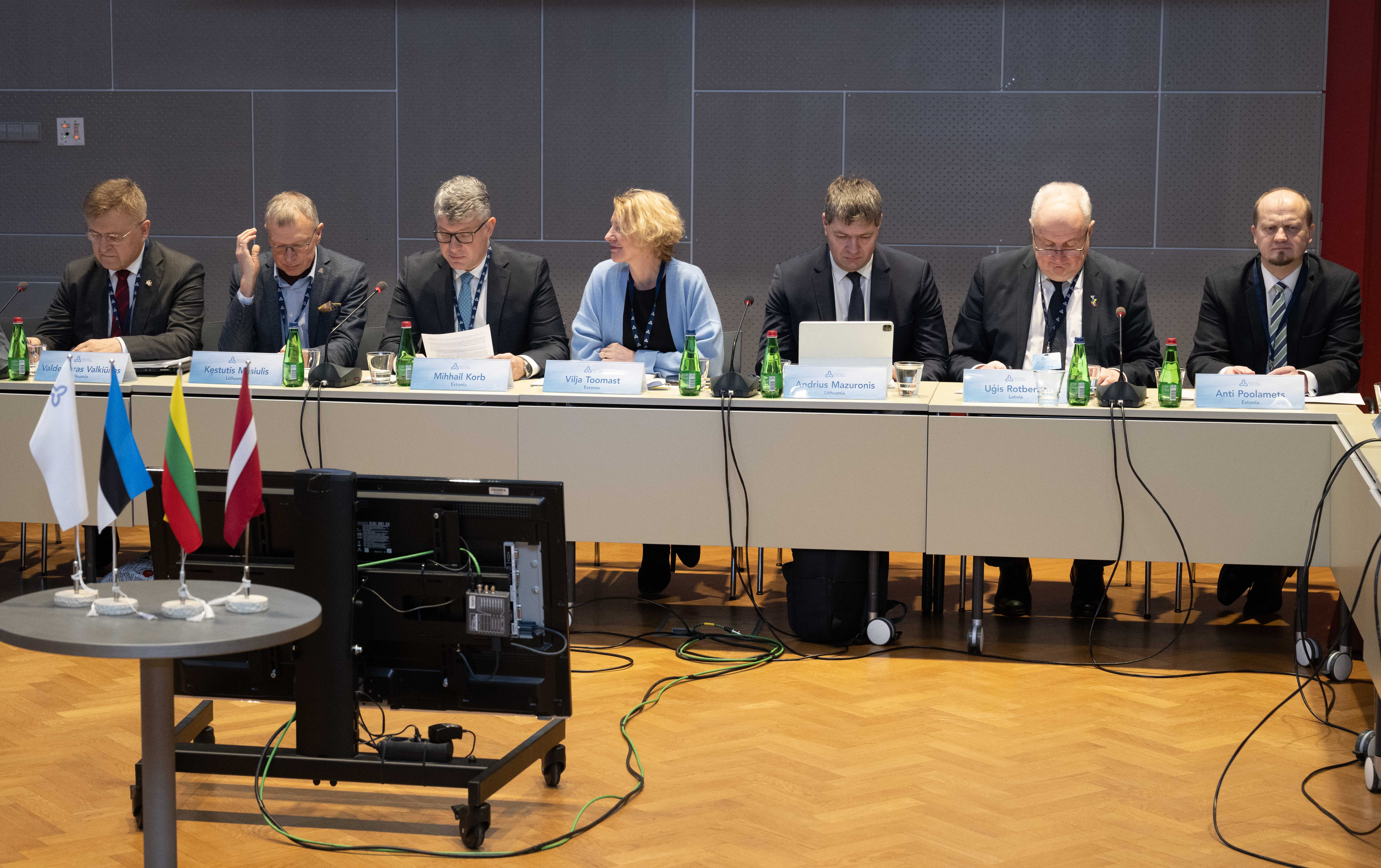 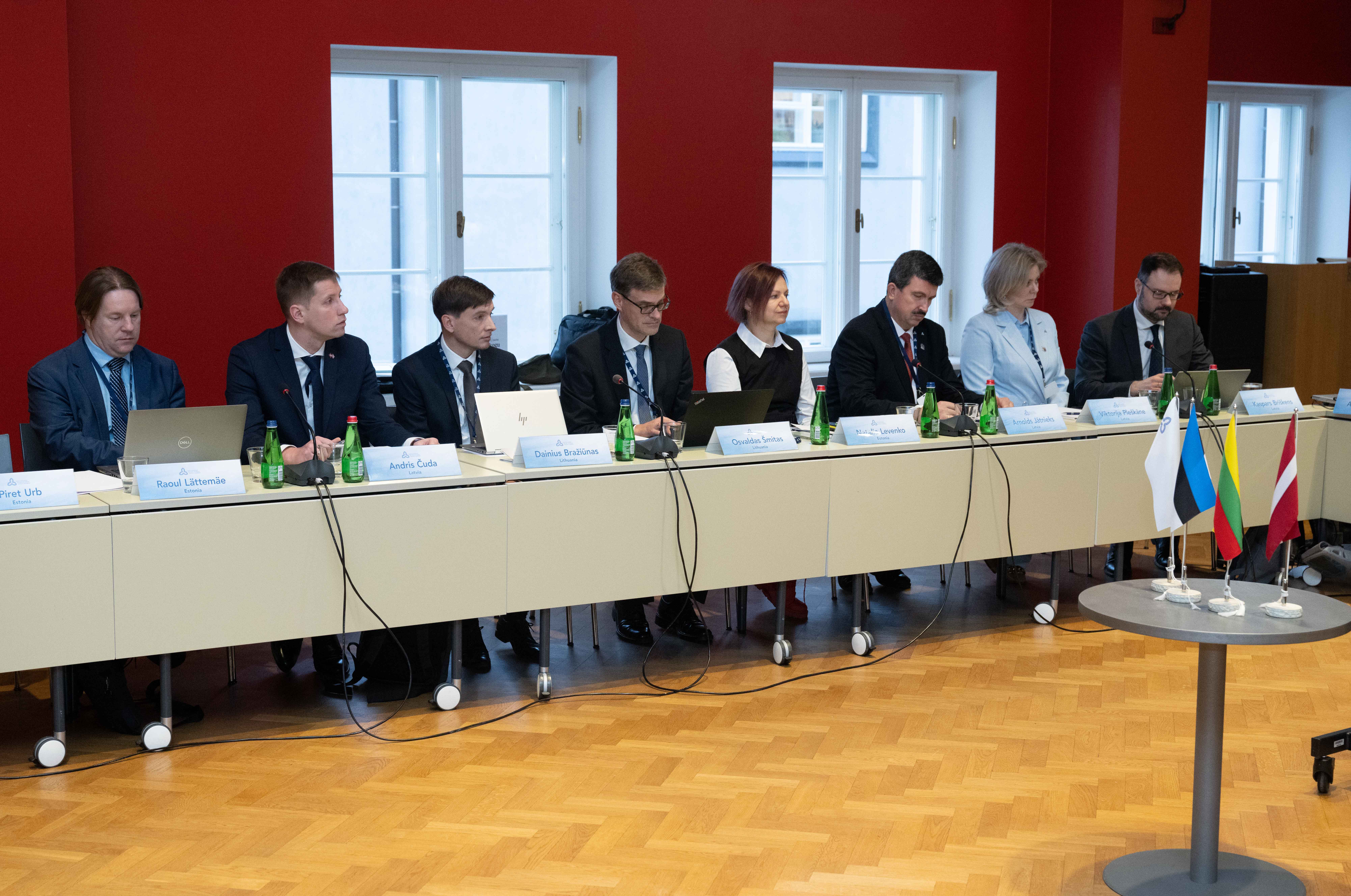 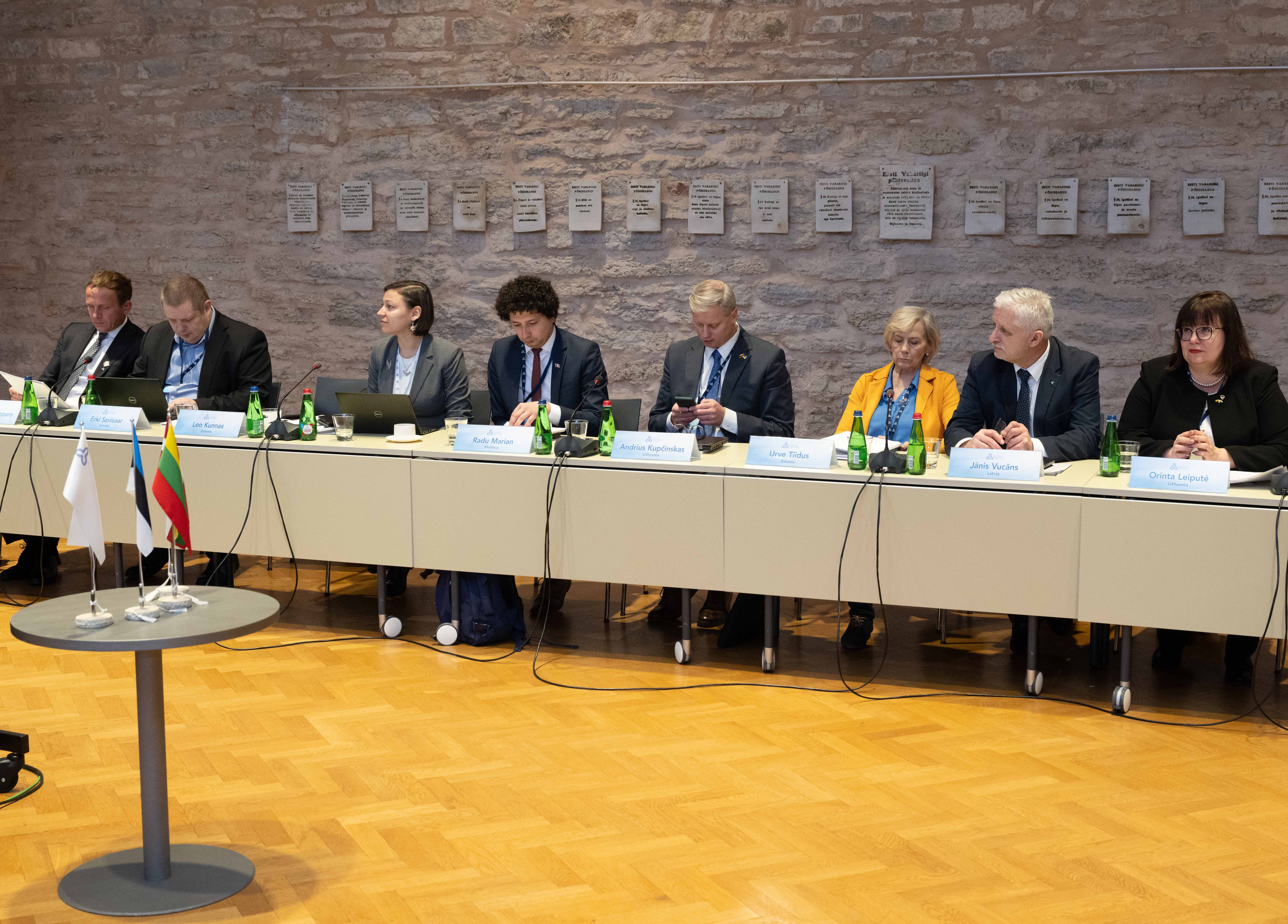 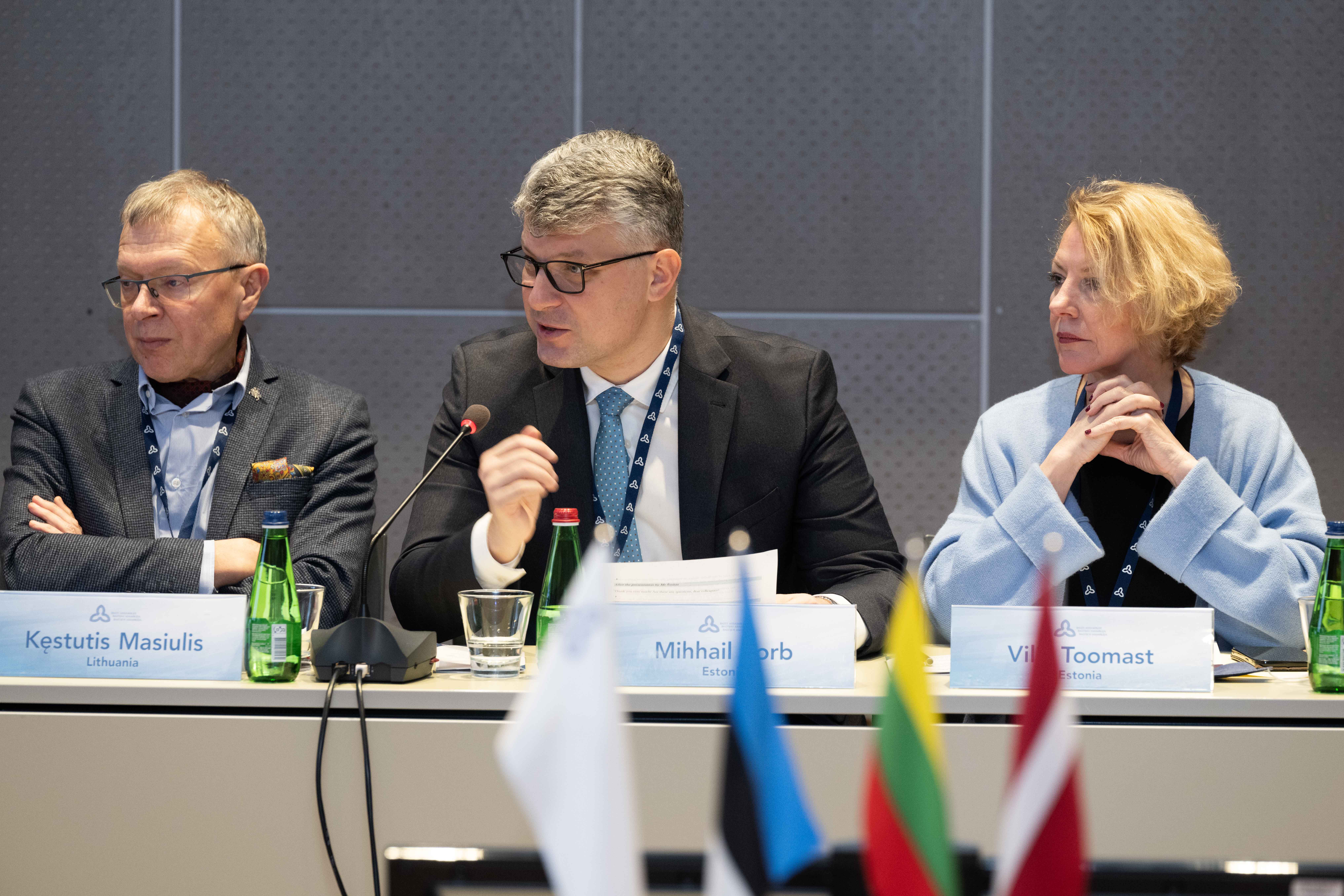