On 12-13 May 2022, the conference of the Baltic Assembly and the Baltic Council of Ministers "Education, science and innovations – key to sustainable and prosperous regional development in the Baltic States"  took place in Riga, Latvia.

President of the Baltic Assembly Jānis Vucāns welcomed everyone to the annual event and highlighted that education, science, and innovations have a crucial role in the development of every country, region, and the whole world. "Currently there is active cooperation on the level of universities, scientific institutions, and individuals; however, we see the need to develop closer cooperation regarding education, science, and innovation policy in the Baltic States," Jānis Vucāns stated.

During the opening of the conference, Speaker of the Saeima of the Republic of Latvia Ināra Mūrniece highlighted that the chosen topic of the conference - education, science, and innovation - reflects the desire of the Baltic parliamentarians to pay attention to a fundamental issue. "Education and educating both children and adults is the basis for a harmonious, critical, active, and economically successful society. Education plays a huge role in building the resilience of society," highlighted Ināra Mūrniece.

Minister of Education and Science of the Republic of Latvia Anita Muižniece said that for decades there has been active cooperation of the Baltic States, but the strengths should be promoted more at the level of the European Union.

Minister of Economy of the Republic of Latvia Jānis Vitenbergs said that the topics of the conference are important to the Ministry of Economics because education and research can help in creating innovative products. Until 2027, the Ministry plans to invest heavily in research and digitalization, which will also help in cooperating on the Baltic level.

Strong, forward-looking, and coordinated science and innovation policy in the region

During the first session of the conference, the Baltic parliamentarians, government representatives, and experts discussed strong, forward-looking, and coordinated science and innovation policy in the region. "The Baltic States have similar challenges, for example, shortage of students in STEM fields, insufficient human resources, limited financial resources, and fragmentation that creates a need for closer cooperation and also, of course, a dialogue between business, academia, the education system, and government," highlighted President of the Baltic Assembly Jānis Vucāns.

Deputy Director of Science of the Department of Higher Education, Science and Innovation at the Ministry of Education and Science of Latvia Jānis Paiders reported about the science and innovation policy in the Baltic States. He informed that the Baltic States have very strong universities that are internationally ranked in prestigious rankings and have overall about 100’000 students. There has also been a major increase in research. The Baltic States have a mutual interest in access to education and research intelligence and are looking forwards to better synergies, which is reflected in the national research policy strategies.

Head of the National Innovation and Entrepreneurship Centre of the Kaunas University of  Technology Mindaugas Bulota introduced the experience with HEInnovate, a self-assessment tool for higher education institutions, which has achieved quite good results. He also informed that cooperation happens naturally when the same goals are set and this is the case for education in the Baltic States.

Lastly, the Director General of the Estonian Research Council Anu Noorma introduced the Estonian experience in research and innovations as well as prospects for cooperation between the Baltic States. She concluded that working together with other Baltic countries makes them stronger, and added that it is important both historically and strategically, as well as for tackling common challenges, for example, shortcomings in human capital and the aging of the population.

President of the Benelux Parliament Patricia Creutz added that since June 2021, anyone graduating from an educational establishment in the Benelux will have his qualifications automatically recognized by institutions and employers in the Baltic States. "The Benelux countries and the Baltic States are the only regions in the European Higher Education Area where the level of higher education qualifications is automatically recognized. We are thus pioneers in this field," highlighted Patricia Creutz.

In the first part of the session, the cooperation of the Baltic States within the European Space Agency was discussed. Head of Space at the Economic Development Department of the Estonian Ministry of Economic Affairs and Communications Paul Liias said that participation in European Space Agency allows the Baltic States to do bigger things and that international cooperation in this area is the cornerstone, as it enables cross-border collaboration in developing the space industry and creates more talent and activity.

Director for International Relations and Industry Development at the Latvian Space Industry Association and Space and Innovation Policy Senior Expert at the Latvian Ministry of Economics Angelīna Bekasova continued by reminding that cooperation is teamwork and it can be a huge headache, but the work becomes much more efficient and the results and achievements will be tripled, as well as the projects will become much more influential.

Head of the Innovation Policy Division of the Innovation and Industry Department at the Lithuanian Ministry of Economy and Innovation Edvinas Grikšas said that cooperation with the European Space Agency allows for increasing competitiveness for the Baltics and many common strengths should be employed by the Baltic States, such as in downstream applications, propulsion systems, robotics, and more.

Representative of the Astronomical Institute of the Czech Academy of Sciences Jiří Svoboda told the Baltic parliamentarians more about the Czech and noted that the decision to join the European Space Agency opened up many opportunities for the country and its scientists, for example, to participate in top-level space missions, apply for positions the European Space Agency and helped reach a higher attractivity for researchers from abroad. Overall, it has provided an enhancement to both the research and technology industries.

The second part of the session was dedicated to the cooperation of the Baltic States within CERN. The Baltic Assembly has close cooperation with CERN and the CERN Baltic Group. Director for International Relations of CERN Charlotte Lindberg Warakaulle said that the Baltic States are valued members of the CERN family and the Baltic Assembly has been real support on which CERN will rely. She informed the participants of the conference about the opportunities CERN provides and the role of the Baltic States within the organization, as it deals with medical imaging, cancer therapy, material science, preserving cultural heritage, and many more issues.

Director of the NATO Strategic Communications Centre of Excellence Jānis Sārts noted that it takes a long time to teach people and to build overall societal resilience as usually human actions are determined by instincts and emotions, but it needs to be done. He believes that if the Baltic States want to prevail in what is to come and the times ahead will not be easy, people need to think strategically. Specialist for Development of the Institute of Social Studies at the University of Tartu Maia Klaassen added that one of the biggest issues with media literacy training is making it accessible for everyone, and noted that people should be taught how to utilize the skills they already have and to work on self-reflection. Director of the Centre for Defence Innovations of the General Jonas Zemaitis Military Academy of Lithuania Viktorija Šimanauskienė noted that people should be more open-minded and learn how to expand their knowledge first. She highlighted that only by acting together and understanding the importance of synergies and cooperation the Baltic States can become more ready for the new reality.

At the end of the conference, President Jānis Vucāns thanked the participants for their contributions as they will be extremely useful for the future work of the Baltic Assembly.

© Photos by the Saeima of the Republic of Latvia 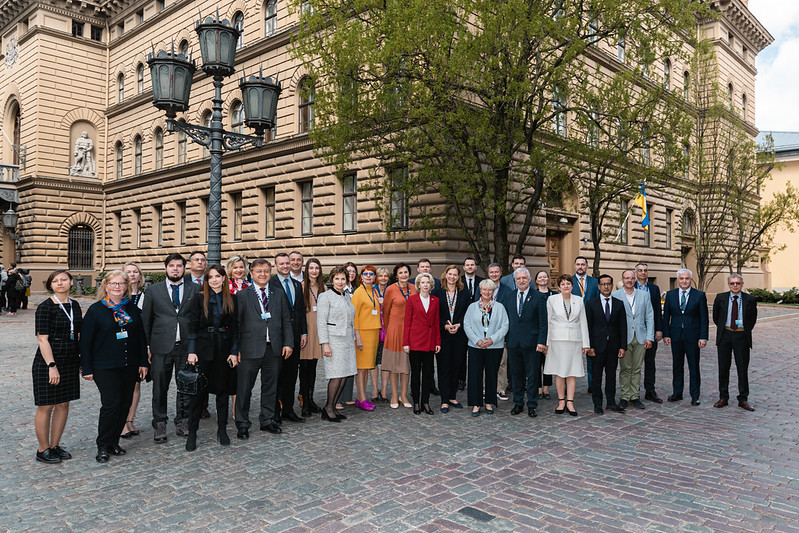 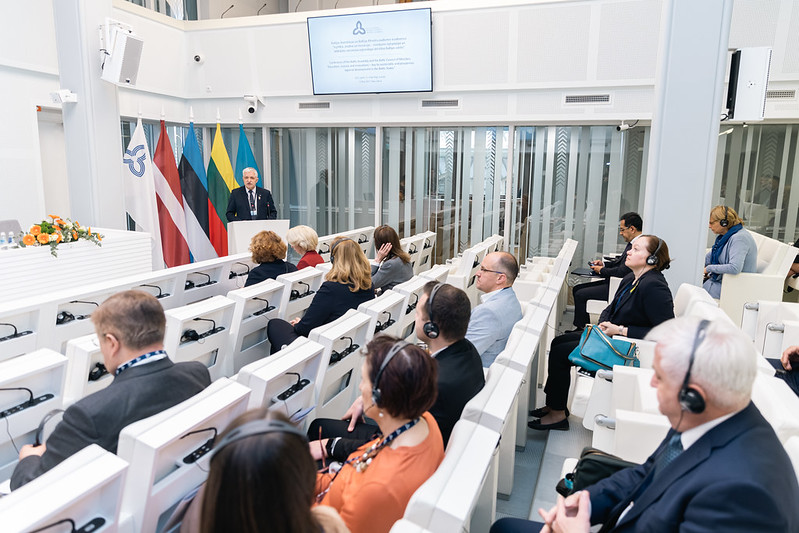 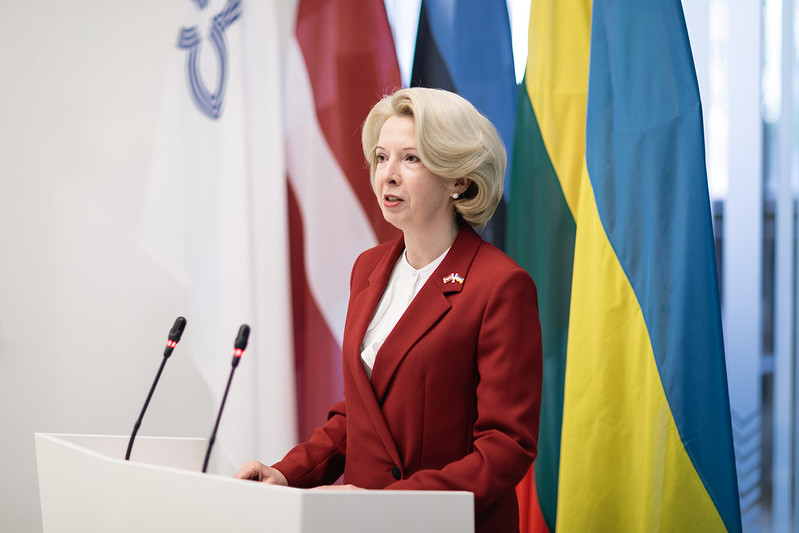 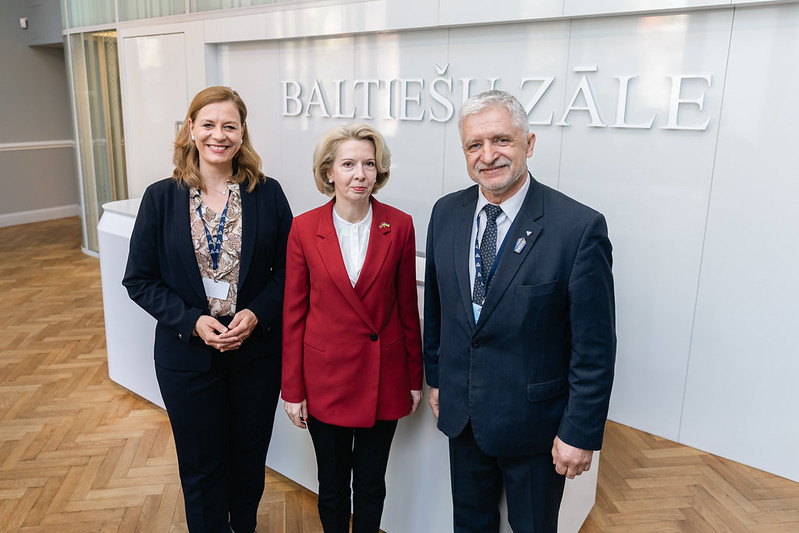 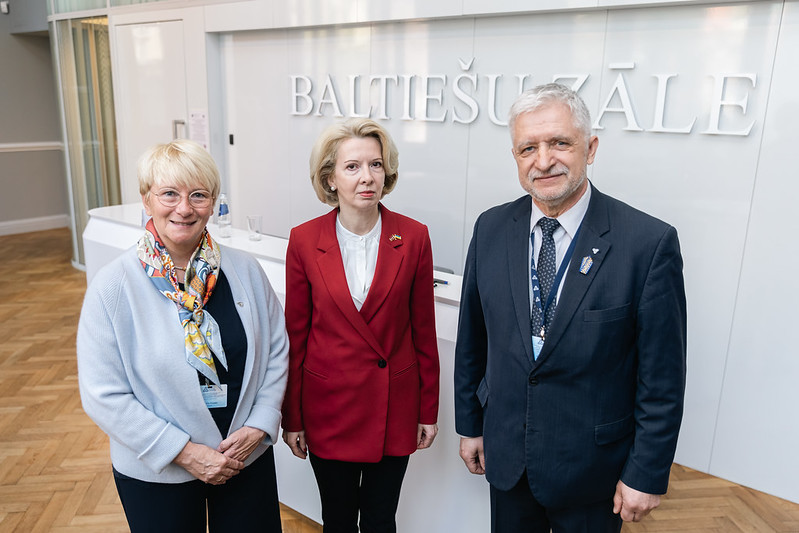 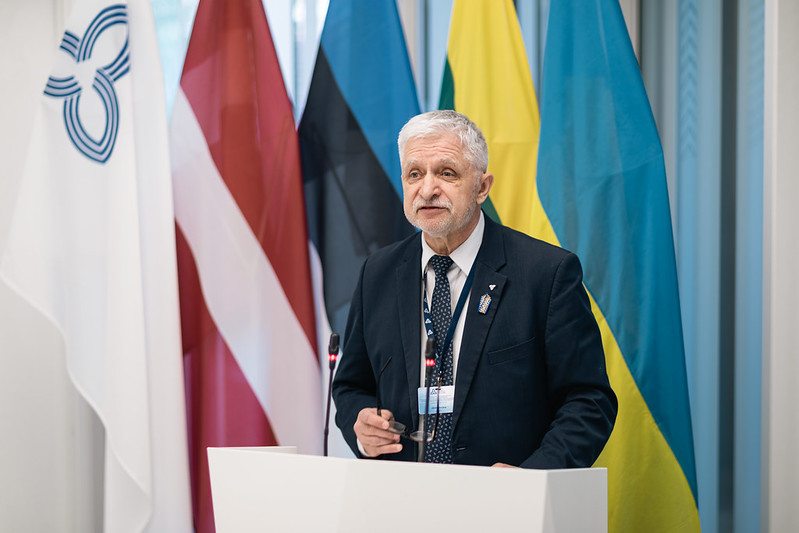 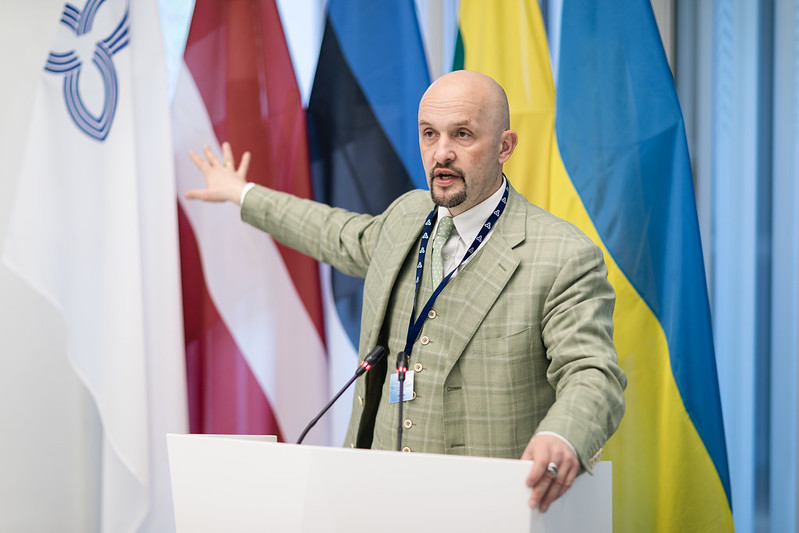 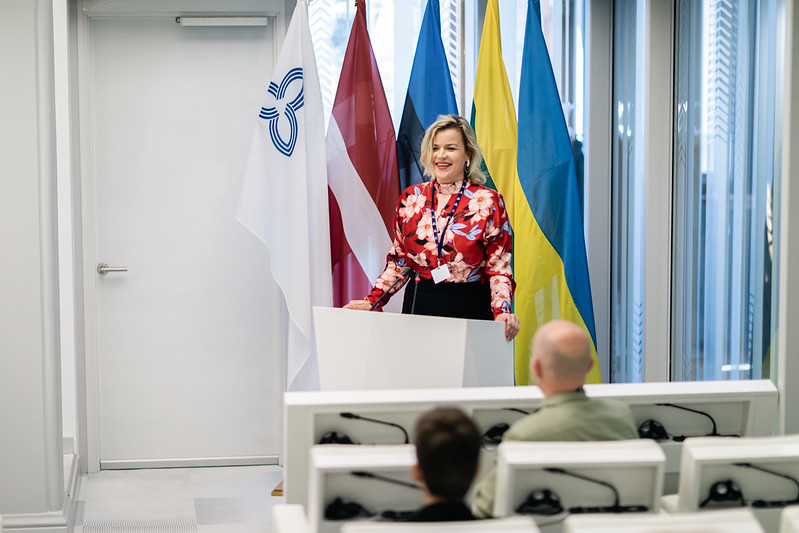 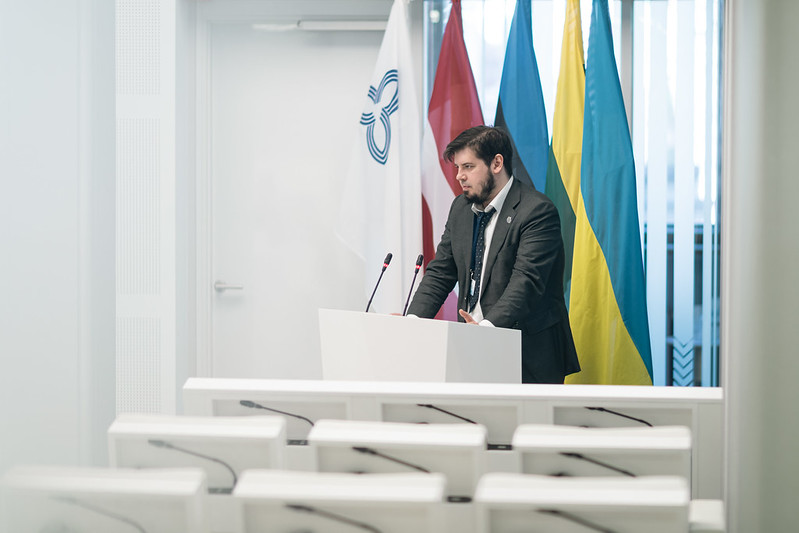 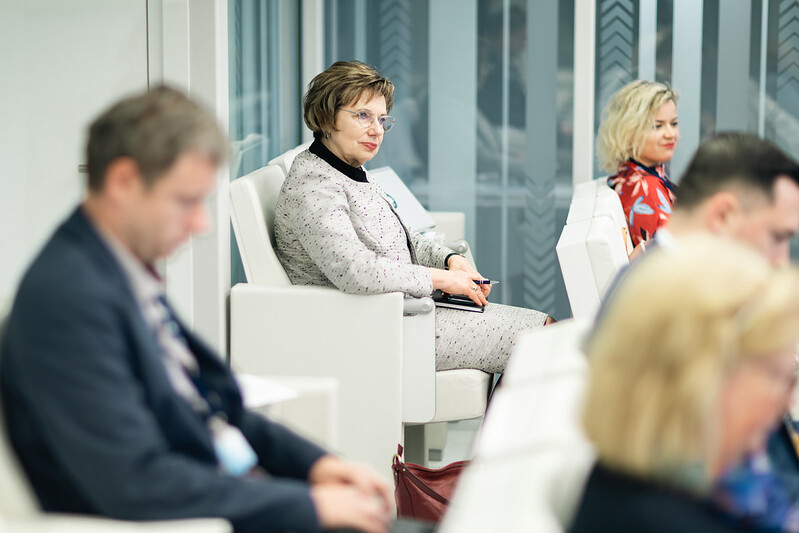 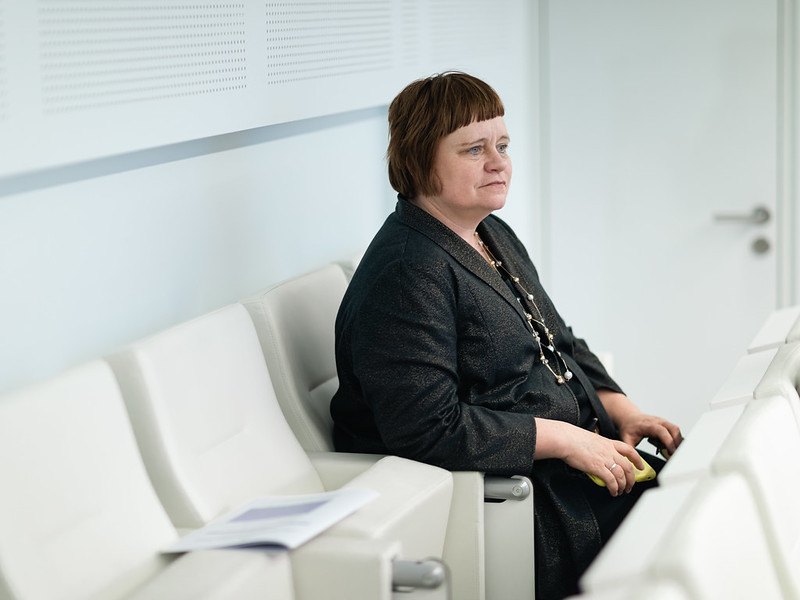 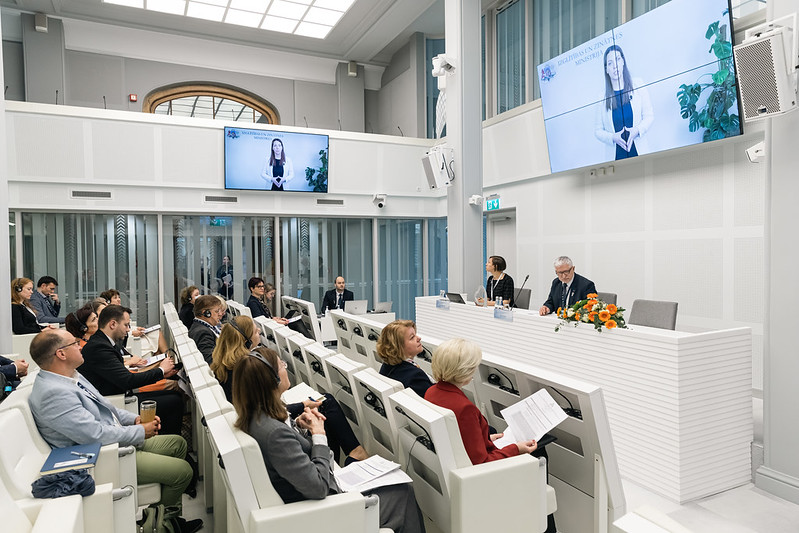