During the Summit of the Baltic Assembly and the Nordic Council on 24-25 April in Helsinki, Finland, the Baltic parliamentarians urged the Nordic colleagues to provide Ukraine with practical but also very timely assistance that in the next weeks will be crucial for the country.

President of the Baltic Assembly Jānis Vucāns said that in the following weeks serious offensive from the Russian Federation is expected in the Black Sea region of Ukraine. It is believed that the aggressor wishes to achieve some form of victory until 9 May. "All kinds of assistance and military aid for the following weeks will be extremely crucial for Ukraine," said Jānis Vucāns who urged the Nordic colleagues to act in providing Ukraine with the necessary help in a timely manner as well as support the granting Ukraine European Union (EU) candidate status.

President of the Nordic Council Erkki Tuomioja said that all the Nordic countries reacted instantly to the Russian Federation’s invasion of Ukraine, and have not only provided humanitarian aid but also military assistance that in the Nordics has been never done before. He also highlighted the important role of the EU, because the Russian Federation’s expectation to divide Europe proved to be unsuccessful. The President of the Nordic Council expressed his condemnation of the war in Ukraine and agreed that the countries need to continue supporting Ukraine in all the means available to them.

Vice President of the Baltic Assembly Andrius Kupčinskas said that currently there is not enough support for isolating the Russian Federation. "We – Europeans - cannot tolerate the brutal attacks and we have to make sure that this war for Russia is as costly as possible. The Baltic States in this regard have been united. Despite us being small countries, our actions have been bold and strong. We will support Ukraine with all the means available for us and will do everything in our power to persuade European leaders to act. Words of support are not enough. Mild economic sanctions are not enough. Diplomatic attempts to calm down Russia are not enough. This time we have to stand together and be as brave as the Ukrainians are now protecting their land."

Vice Chair of the Security and Defence Committee of the Baltic Assembly Anti Poolamets said that unfortunately the outcome of the war is settled on the battlefield where there is a need for fast solutions, especially now when the Russian Federation is expected to step up its offensive. He urged the Nordic countries to provide military and medical aid to Ukraine.

Vice Chair of the Security and Defence Committee Audrius Petrošius also addressed the Nordic parliamentarians and informed them about the activities of the Baltic States in supporting Ukraine and isolating Russia and Belarus. "For many, the actions of the Russian Federation seem to be surprising or even unimaginable. Unfortunately, the Baltic States have seen it all – brutality, lack of respect for any human life, human rights or rules as such, deportations, mind games and lies upon lies." He reminded the Nordic colleagues that political, economic and military support for Ukraine is of the essence.

Deputy Speaker of the Seimas and Member of the Security and Defence Committee Andrius Mazuronis recently visited Kyiv and Ukraine's cities destroyed by the Russian army and shared the experience with his Baltic and Nordic colleagues. He said that during the visit the Ukrainians asked for numerous types of support, including military assistance, humanitarian aid, legal prosecution of the people responsible for the war, more serious sanctions and the EU candidacy status. "Grating Ukraine EU candidacy status is a symbolic gesture that is very important to the Ukrainian people. They need to know that they are welcomed in the European family," added Andrius Mazuronis. 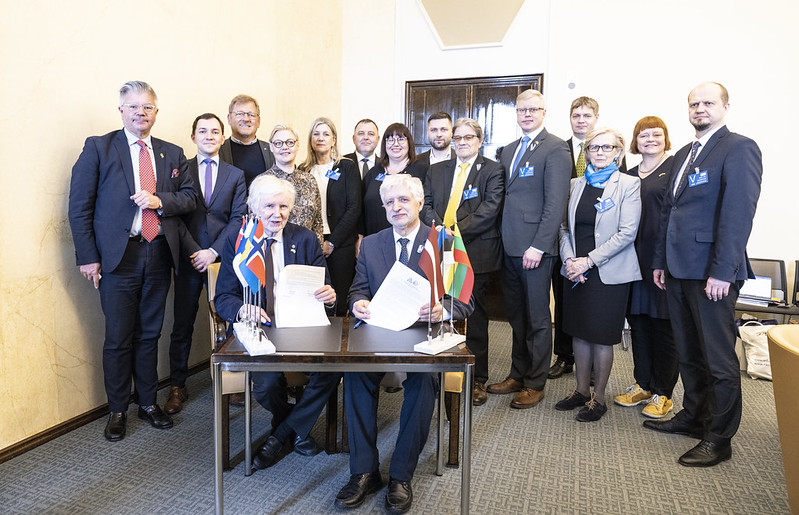 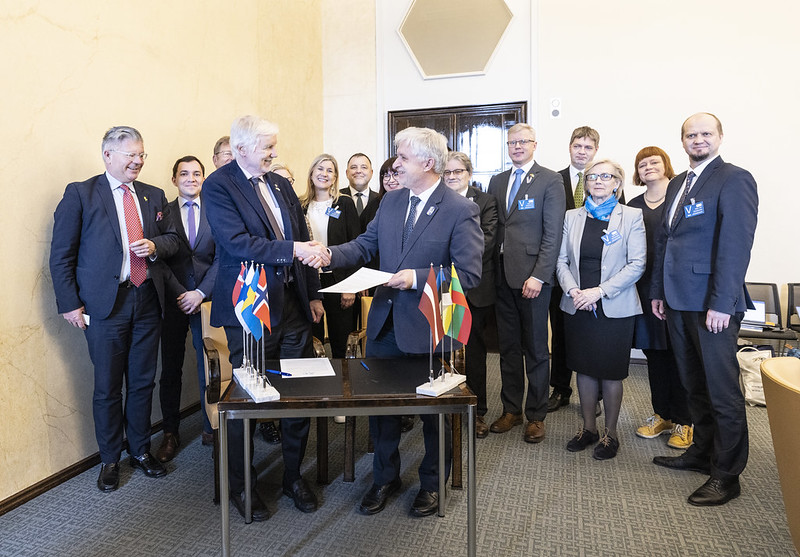