On 4-6 September 2022, the Baltic Assembly and the Nordic Council held the annual Summit in Reykjavik. During the Summit, a discussion about the situation in Ukraine, Belarus and Russia as well as on how to improve the Nordic-Baltic energy cooperation was held. The Summit was held with the participation of representatives from Ukraine, but also guests from Belarusian and Russian democratic forces.

“In 2009, an initiative of the EU called Eastern Partnership was established. Since then, the Baltic Assembly’s duty and goal have been to be a bridge between the Eastern Partnership countries and the West. During these days, we were a bridge between Ukraine, Belarus, Russia and the Nordic countries. We are honoured to fulfil this role and will continue to do it also in the future,” said President Jānis Vucāns.

During the Summit hard but very important discussions were held. “The situation in Europe now worries both Baltic and Nordic countries extremely. For this reason, it was very important for us to hear about the current situation in Ukraine and the struggles that the Belarusian and Russian democratic forces face,” explained Jānis Vucāns.

The Russian Federation began its aggression against Ukraine already in 2014 and launched a full-scale military invasion of Ukraine on 24 February 2022. This unprovoked and unjustified invasion of Ukraine is a clear reminder to Europe that the Russian Federation is cruel, and unpredictable and has no respect for human life. The Baltic and Nordic parliamentarians had the possibility to hear the story of Ukraine from Member of the Verkhovna Rada of Ukraine Lesia Vasylenko and producer of “Media in Progress” Elina-Alem Kent. They not only told about the horrible situation in Ukraine but also how the parliamentarians can support Ukraine. There is a need to help Ukraine survive the coming winter, providing weapons, warm uniforms for soldiers, vehicles and other kinds of support, to continue to provide military, financial and humanitarian help and to work towards protecting the people from Russian propaganda, showing what is really happening in Ukraine.

In regards to Belarus and Russia, the support must be active towards democratic forces. The members of the Baltic Assembly and Nordic Council had heard about the situation in Belarus from Chief Advisor of Sviatlana Tsikhanouskaya Franak Viacorka, Representative for the Constitutional Reform and Parliamentary Cooperation at the Office of Sviatlana Tsikhanouskaya Anatoli Liabedzka and Chairman of the Belarusian Association of Journalists Andrei Bastunets. They informed about the unjustified imprisonment, inhumane conditions in prisons, torture and a series of other violence toward people fighting for democracy in the country. They also explained that the Belarusians have already chosen democracy but the regime of Aleksandr Lukashenko is violently oppressing them, therefore, there is a need for international support for the democratic movement of Belarus, including civil society and media that continue to be oppressed and is forced to work outside the country. The wife of the jailed Russian opposition politician Vladimir Kara-Murza Evgenia Kara-Murza told the parliamentarians the story of the Russian opposition and the hardship it faces. She highlighted the poisonings, imprisonment and series of other violent acts to stop people that are brave enough to stand up for democracy in the country. Kara-Murza believed that the situation in Ukraine, Belarus and Russia is caused by the continued impunity that President of the Russian Federation Vladimir Putin has enjoyed and it has to stop. The Belarusian and Russian democratic forces urged the parliamentarians to support the civic society of these countries with resources, experience and everything else we can provide to not only support their activities but shield them from the aggression of their governments. “The Belarusian and Russian oppositions are risking their lives to achieve democratic changes for their people because they see that democracy means better and safer lives as well prosperity for the whole society,” said the President of the Baltic Assembly.

He continued: “The Baltic States completely understand the situation in Ukraine. We also understand the struggle of the democratic forces in Belarus and Russia. Not so long ago our countries faced the Soviet occupation that undermined our freedom and democratic aspirations. Our experience shows that the determination and strength of the people are vital, but international support as well. Being here in Iceland has a special meaning to our countries – on 22 August 1991 Iceland was the country that broke the geopolitical ice by being the first country in the world to recognise the restored independence of the Baltic States. Now Ukraine needs all our diplomatic but also financial and military support, and Belarusian and Russian democratic forces need our support and active involvement. Beyond everything, the victory of Ukraine is fundamental for the future of the whole of Europe and democracy itself. We all agreed to that. We - parliamentarians from the Baltic and Nordic countries – have to talk with our colleagues in our countries and also in other countries, especially to the ones that do not see the situation as clearly as we do. We have all the tools; all we need now is determination and courage to act.”

During the Summit also energy cooperation between the Baltic and the Nordic countries was discussed. Both organisations agreed that there is a need for closer cooperation in the energy sector, especially now when there is an ongoing crisis that will seriously affect the lives of the Baltic and Nordic people. President of the Baltic Assembly Jānis Vucāns said that the war in Ukraine creates very serious economic challenges for Europe and there is a need for improvements in energy security. Europe has been dependent on Russia’s gas and it is important to do everything to change that as soon as possible; otherwise, the countries are co-funding Russian Federation’s violent crimes toward Ukrainians. “Using Russian gas is not only morally wrong but also impractical. Our countries are interconnected and interdependent, therefore, cooperation for us is essential, especially nowadays. There are numerous directions in which the cooperation between the Baltic and Nordic countries can be improved,” highlighted Jānis Vucāns.

© Photos by the Nordic Council 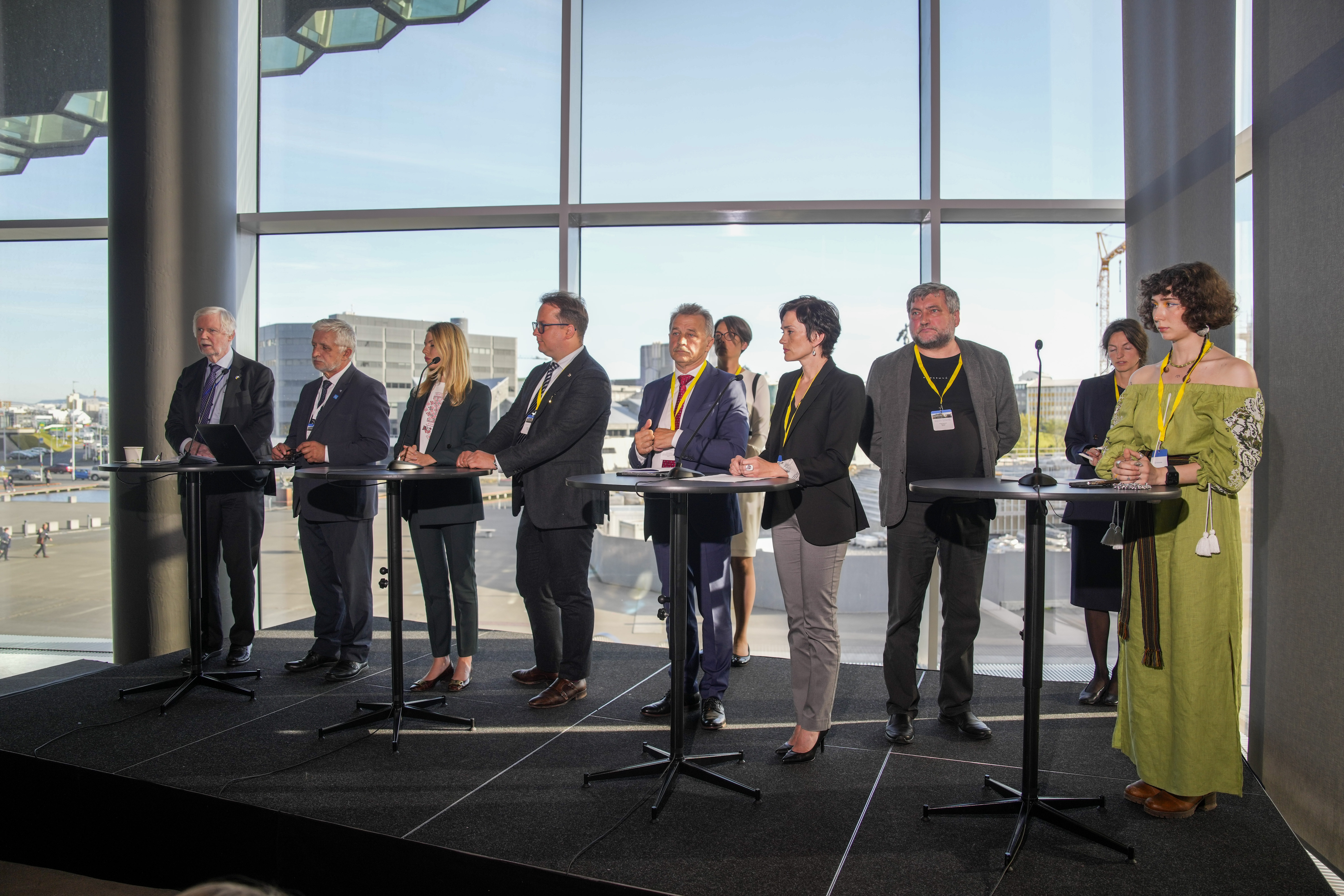 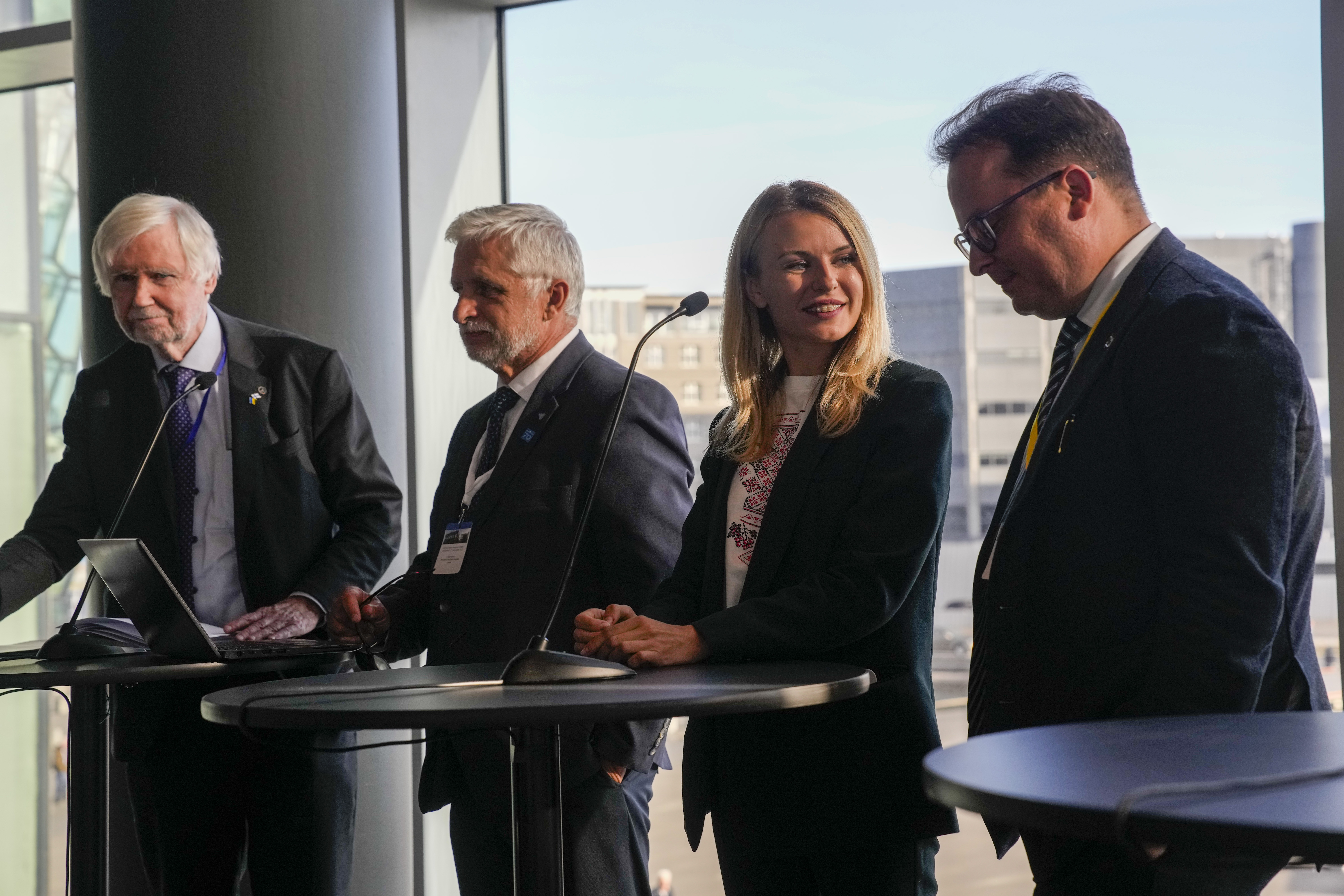 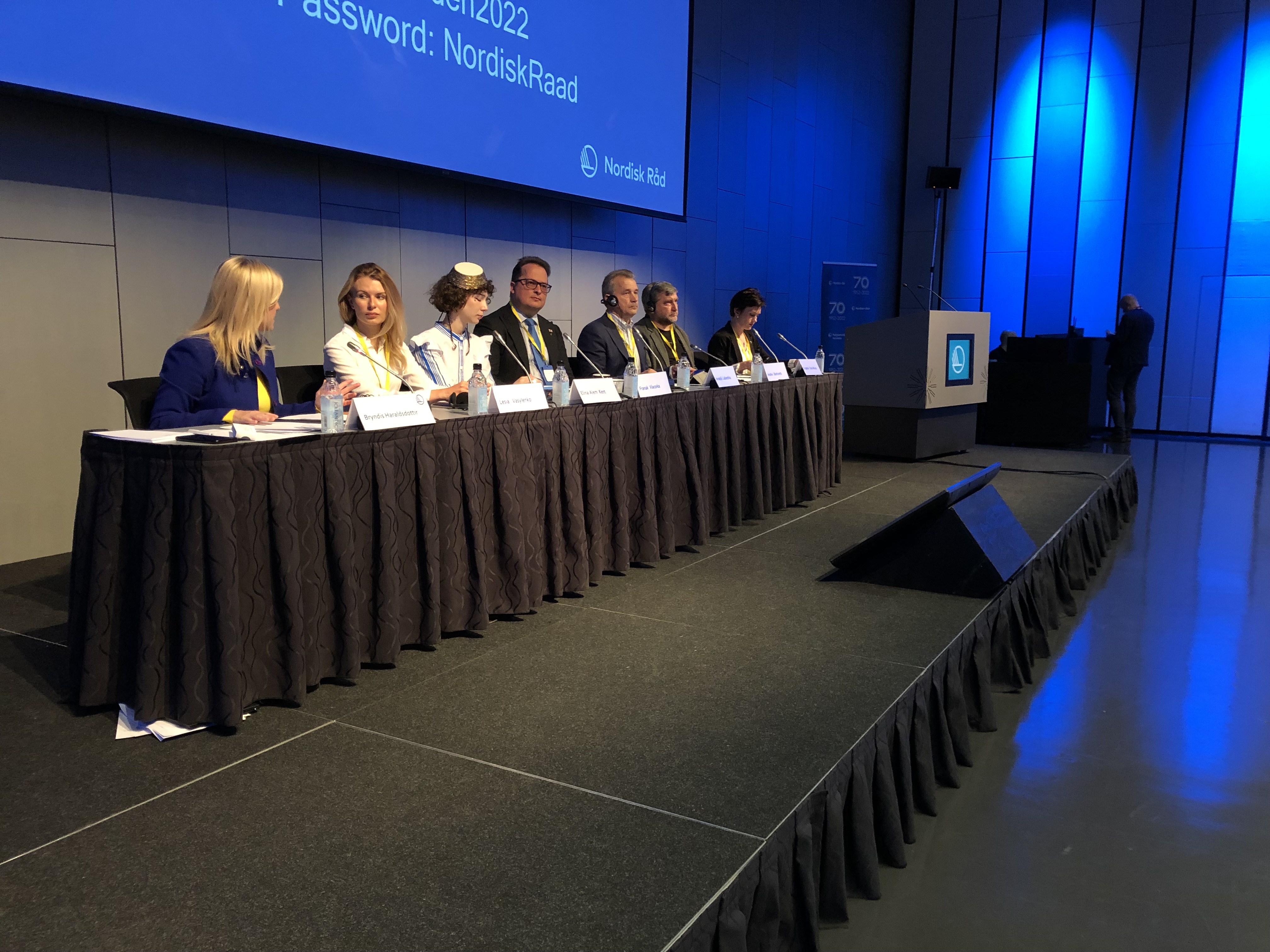 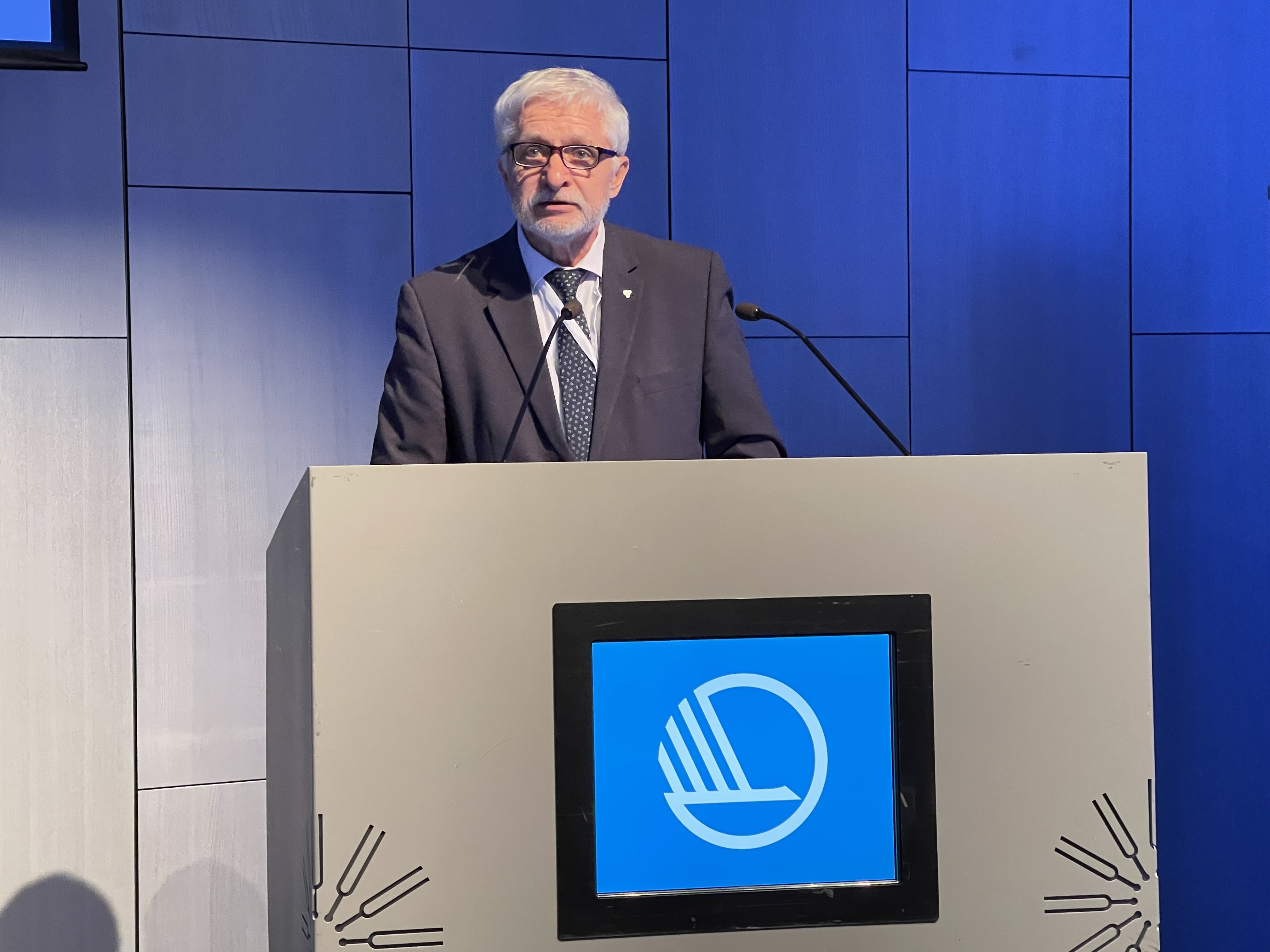 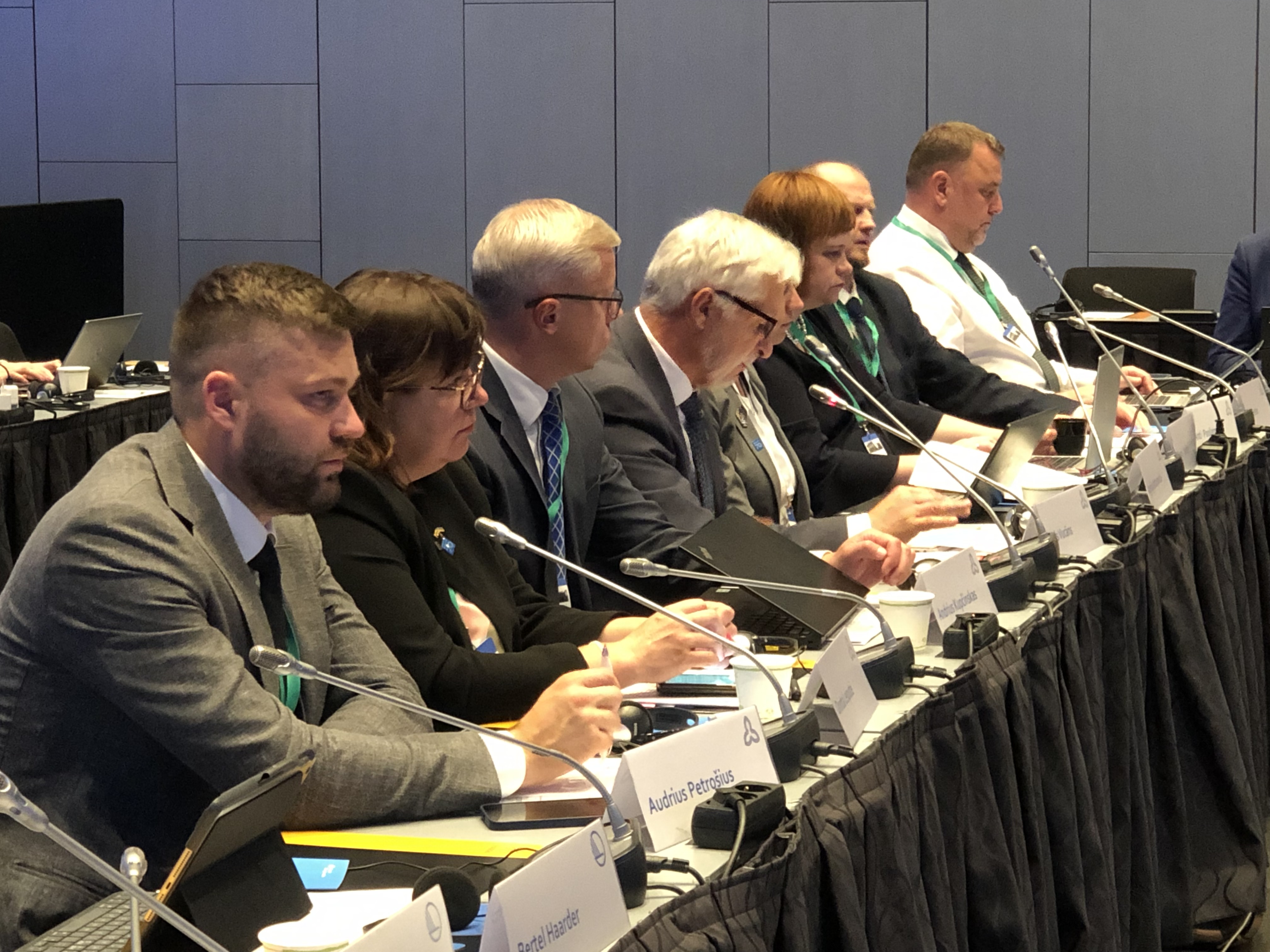 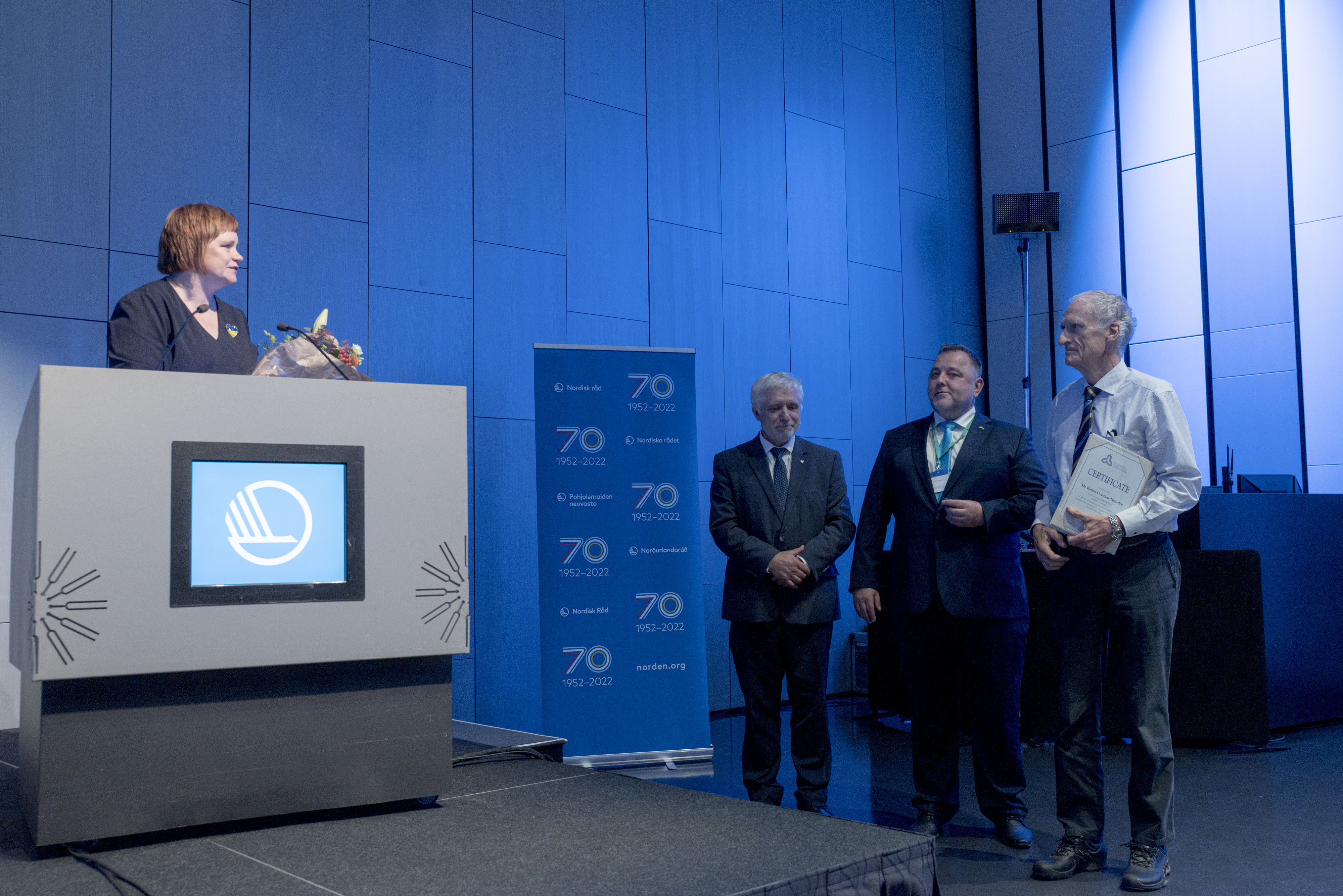 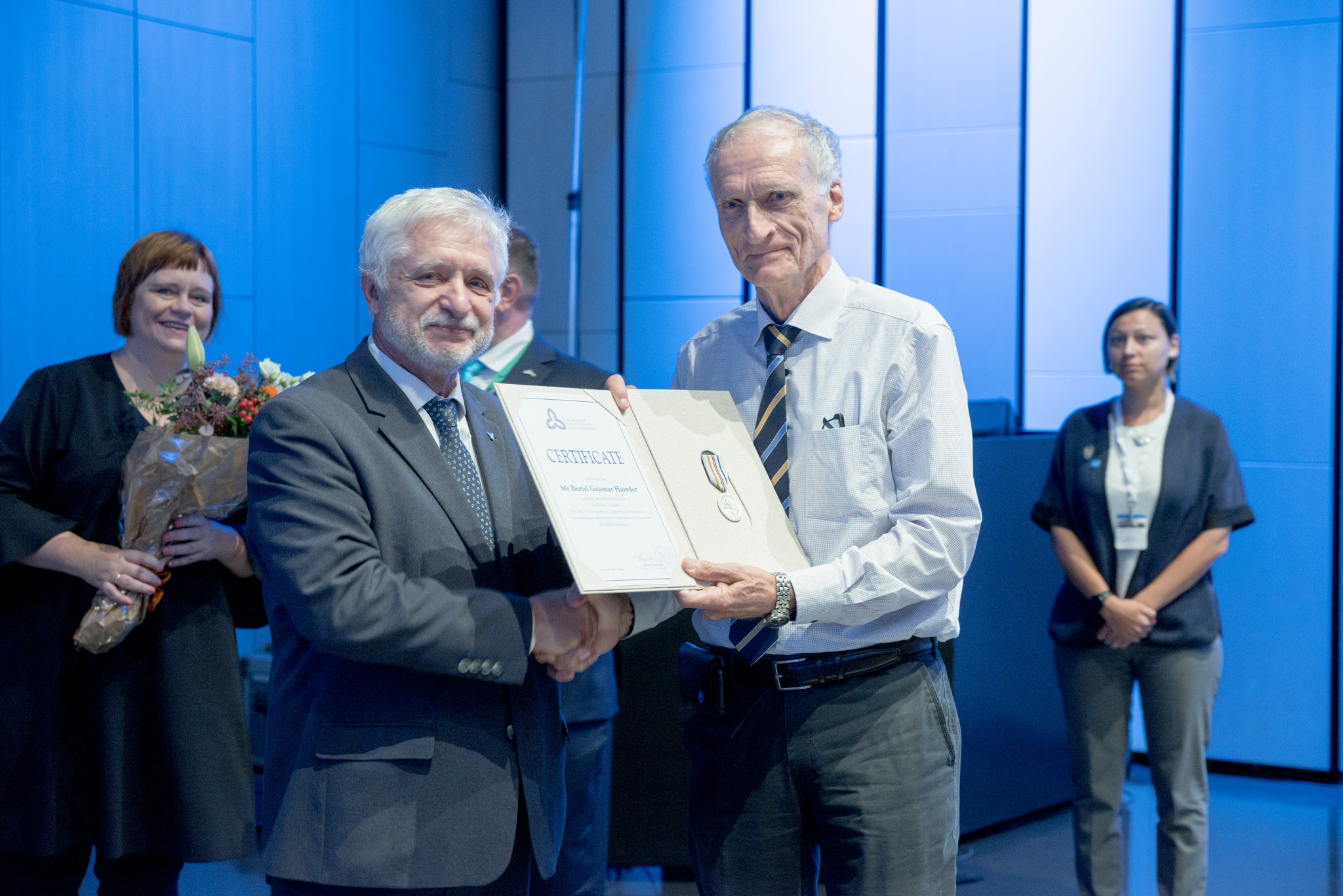